Below is a comprehensive list of all Commission Factory Advertisers currently running an affiliate program. If you would like to promote these merchants you can sign up as an affiliate and get started right away.

T2 Tea. We are tea done differently. All we do, all we are, revolves around our love for reimagining and reinventing the humble tea leaf.

Fat Burners Only was founded in 2013 by Fiona and Paul. At the time, the duo owned three health food stores in Perth and had been in the health and fitness industry for five years. Paul had built a highly knowledgeable team in the local stores that were getting great results for the community in Perth. When Fat Burners Only launched in mid-2013, almost 30% of the adult population in Australia was obese, and a huge 63.4% of the adult population was considered to be overweight or obese. Fat Burners Only was established due based on a genuine intention to help people with their weight loss journeys. Apart from the serious problems, diseases and conditions linked to weight loss, some of the biggest problems customers faced at the time, whether their goal was weight-loss or simply fitness, was in the simple day to day tasks they struggle with such as: having the energy to play with their children, waking up feeling rested and refreshed, being able to move and exercise without pain. Chefgood creates healthy meals with fresh seasonal produce delivered to your door. Perfect for people who want to eat well but don't have time to cook.

Founded on the desire to create a label that empowers women to embrace confidence through classic and timeless swimwear. Accentuating and celebrating the female form through luxurious fabrics and minimalistic silhouettes embody the core of who we are here at Ark. As an Australian label, we are passionate about consciously creating sophisticated and quality swimwear with the Australian beach culture and lifestyle in mind. Bringing to you a collection of swimwear that exudes feelings of comfort and luxury. Because simple done well is hard to find. For the lovers of fashion, beauty, culture and travel, meet Runaway the Label. Loved by Australian and international bloggers and fashion influencers, Runaway is for the it-girls and the effortlessly stylish, the trendsetters and the girls who are dripping in confidence and attitude. We are the go-to brand for women who are always on the go, always in the know and always the best dressed in the room.

Ferns 'N' Petals, is one of the leading flower delivery company, established in 1994, and the India's No.1 branded chain of retail flower shops. Ugg Store offers a wide range of Australian Made ugg boots for women, men and kids at affordable prices. With free delivery Australia wide, shopping for uggs and sheepskin slippers has never been easier. 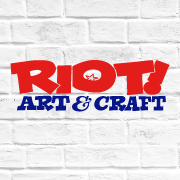 Riot Art & Craft is Australia’s leading online arts and crafts specialty retailer. Whether you are an artist, student, child or someone looking for a unique gift, here at Riot Art & Craft you will find an exciting range of art accessories, tools and materials that will inspire absolutely anyone of any skill level to get creative and make something beautiful. So join us in our mission to inspire more people to create more art & craft, more of the time.

Save on games or get them FREE! Kinguin.net is the world's first marketplace for digital games, and now we're introducing free premium gaming experiences. Join us and Love the Game!

Shopping Express is a one-stop-shop with the latest technology and the best deals around. From Smartphone to Tablet, Computers and Smart Wear we aim to provide the best prices and the best quality technology with even greater customer service to top it all off!